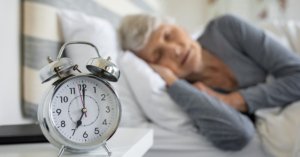 The goal of this study was to investigate the relationship between sleep disturbances in mid- and late-life with cognitive status in older adults. Three NEAR population-based studies: H70 study, Kungsholmen Project (KP) and the Swedish Panel Study of Living Conditions of the Oldest Old (SWEOLD) were used to investigate this, as well as one Finnish study: Cardiovascular Risk Factors, Aging and Dementia (CAIDE). Late-life cognitive status was measured by the Mini Mental State Exam (MMSE).

Photo of Shireen Sindi, first author of the study.