Sex differences in dementia and response to a lifestyle intervention: Evidence from Nordic population-based studies and a prevention trial.

Women have higher rates of dementia but the reasons for this are unclear
Women have shown higher rates of dementia than men, but the underlying reasons for this sex discrepancy has not been entirely understood. The goal of this study was to assess sex differences in the risk for dementia, and to investigate whether risk factors for dementia and the response to a multidomain lifestyle intervention differs between women and men. 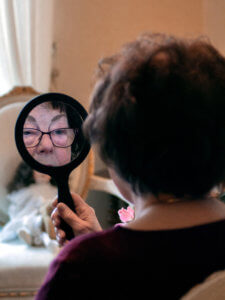 These goals were investigated using three Nordic population-based studies, including two studies within NEAR: the Kungsholmen Project and H70 study, and the Finnish study CAIDE (Cardiovascular Risk Factors, Aging and Dementia) using dementia as the outcome (n=2289, average follow-up=6.1 years). To explore sex differences in the effects of a multidomain lifestyle intervention on cognitive change, the Finnish Geriatric Intervention Study to Prevent Cognitive Impairment and Disability Cognitive Impairment and Disability (FINGER) was used (N=1260).

Women showed a higher dementia risk in the oldest-old and different risk factors are important for women and men in mid- and late-life.
Women showed a higher dementia risk after the age of 80 years, but no sex differences in dementia risk were found in the younger age-groups. Lower education and physical inactivity were associated with an increased risk for dementia in women, while in men a history of stroke and more severe sleep disturbances were related to a higher dementia risk. For both sexes, being an APOEε4 allele carrier, not cohabiting, and having feelings of hopelessness were associated with an increased risk for dementia. The positive FINGER intervention effects did not differ between the sexes. In conclusion, women have a higher risk for dementia after the age of 80 and the FINGER intervention can be effectively implemented for both women and men. 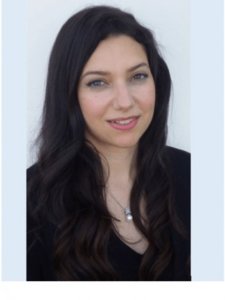 Photo of Shireen Sindi, first author of the study.